Whether you’re a first-time gun buyer or your gun cabinet at home is full, responsible gun ownership is a top priority when handling guns. Knowing how to safely handle your firearm communicates your understanding of the magnitude of owning and operating a weapon, including using deadly force if needed.

Why Is Responsible Gun Ownership Important

When you own a gun and carry it, whether open or concealed, you put yourself into a position of accountability and alertness. You must always know where it is stored, who has access to it, how to transport it safely if needed, and the laws, regulations and permits required where you live.

Understanding your role as a gun owner helps to keep you and those around you safe and can prevent unfortunate accidents involving firearms. Gun owners are typically a proud group of people, and they recognize their choice to carry a weapon can protect others but also harm them when not taken seriously enough.

How to Practice Responsible Gun Ownership

Modern gun safety traces its roots back to the 1970s and John Dean “Jeff” Cooper, a U.S. Marine and firearms instructor. He founded the American Pistol Institute, where he taught members of law enforcement, military personnel and civilians how to safely handle shotguns and rifles.

Cooper supported the use of the pistol for personal protection and helped define what is known as the combat mindset, which recognizes the different states of mind one enters when faced with a confrontation. The four levels in the combat mindset enable a person to transition from an unaware and unprepared state of personal protection to a state that fully understands the power and ramifications of using lethal force when protecting oneself.

The combat mindset relies on Cooper’s basic rules of gun safety, which he advocated throughout his life. These rules are taught in every gun safety course and are taken seriously in the gun industry.

Rule #1: All guns are always loaded. 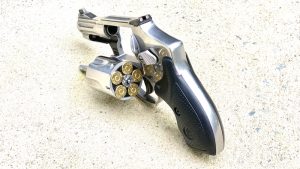 This means any gun in any situation is assumed to be loaded unless it is in your hands and you have unloaded it. As soon as you put the gun down, Cooper’s first rule reapplies. By training yourself to think every gun is loaded, you remain alert and engaged in whatever activity you’re doing that requires the use of the firearm. Additionally, you hone your combat mindset by becoming aware of what others around you are doing, especially if they open carry.

Rule #2: Never let the muzzle cover anything you are not prepared to destroy.

If all guns are always loaded, then anything in front of the muzzle is technically a target. Whether you’re pulling your gun out of a safe or transporting it to the range, being mindful of where it is pointed ensures you aren’t turning those around you into targets.

Rules #3: Keep your finger off the trigger until your sights are on your target.

Once you begin practicing this rule, you start noticing how many people are unaware of it every time you sit down to watch television. We’ve lost count of the number of movies, shows and Instagram photos we’ve seen of people posing with their fingers on the trigger of a gun. This careless action may feel like an automatic response, but resting your finger on the trigger while not actively shooting endangers yourself and those around you.

Handling a firearm requires your full attention and capacities. When you feel uncertain about a shadow or a noise, resist the urge to fire your weapon. Similarly, if you don’t know what surrounds your target, you can’t be sure where the bullet will land once fired. And you can rewind firing a gun.

Cooper’s four basic gun safety rules are required reading for any responsible gun owner. Understanding and practicing them can prevent accidents and both minor and life-threatening injuries.

In addition to following basic gun safety rules, using a holster that is comfortable and fits your lifestyle is another safety measure to consider when carrying a gun on your person. An ill-fitting holster can cause drawing errors and cause you to lose time when protecting yourself or those around you.

At Harry’s Holsters, we believe holstering your firearm should be safe, secure, and reliable on every single draw. Check out our line of comfortable concealed carry and open carry holsters here.

2 Replies to “Rules to Know for Responsible Gun Ownership”