We are working to add content to this page.

Get the best holster for your Taurus G2c 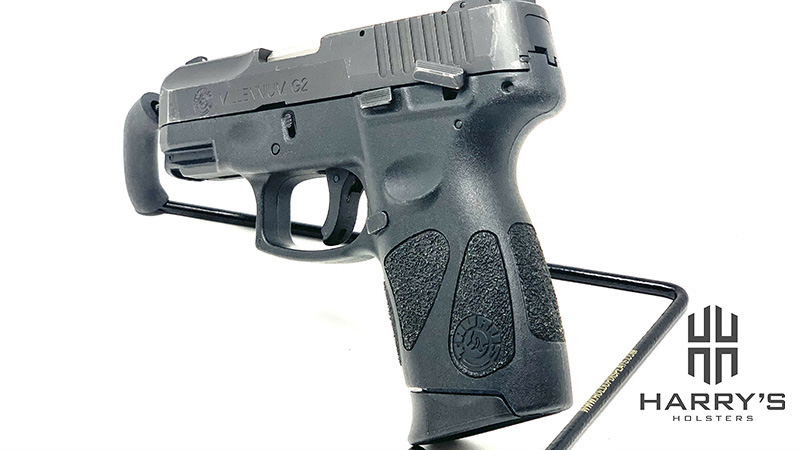 The rear of the slide is the only place with serrations and serrations on the rear are acceptable for a $250 gun, but they’re not going to win any prizes. They go all the way up to the front of the slide and they’re angled well so they’ll work fine even under wet conditions.

The safety is easy to access and if there’s one thing that I could give these gun negative points on, it’s the undercut. This undercut will eventually cause a problem for most shooters. Again, Glock which retails at twice the price point also has this problem. But you will develop a Glock knuckle if you shoot this gun a lot and it prevents a lot of newer shooters from getting their grip as high into the tang as would be ideal. 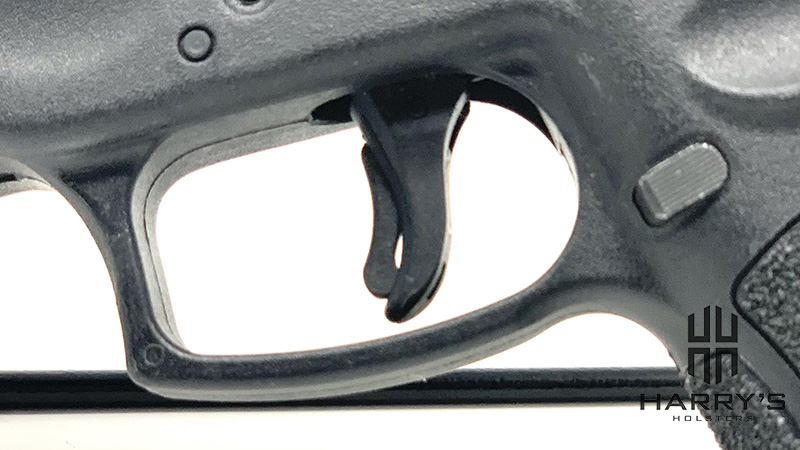 Now the trigger system on the Taurus Millennium G2 is a little bit unique. And the reason for that is it has a restrike capability. So, it’s a striker-fired trigger that is technically a double-action single-action style trigger with no decocking feature. So, you can only run this trigger in single-action from the start, but if for some reason your primer fails to ignite the round you can then pull the trigger again in double-action mold and get restrike capability.

So, just for sake of discussing the gun, we’re going to start it off covering in a standard format which is single-action. So, if you take the safety off and you run the trigger itself and the trigger also has a drop safe trigger. So, technically you could run this gun without the thumb safety engaged. It has very light take up. And the trigger reach on this is actually quite short the length from the rear of the tang to the trigger wall. So, you have taken up, you have a wall and then you have a springy plasticky feel before it breaks.

This trigger is somewhat like you would expect on a staple gun you would buy at a home hardware store. The reset is quite short and it resets right at a wall where again you press the trigger and it goes for a hard plasticky break. The trigger itself isn’t incredibly heavy probably weighing in somewhere at the 5.5-to-6-pound range which is what you would expect of a carry gun.

Now in my opinion the restrike capability is somewhat dubious and you’re only going to need it if you’re shooting really bad ammo which might be okay for training. But you probably don’t want to do that for your defensive ammo. I’ve shot a lot and I have very rarely had a round not go off and when it does it almost always does not go off on the second time putting it into the chamber and trying to fire it; that’s after allowing to make sure that a hang fire would not occur or that the primer was not already nice. Usually, rounds that don’t go off just have a bad primer. Now on rimfire guns, this happens a lot, but we’re talking about centerfire nine millimeters with the Taurus Millennium G2C.

So, the only real way to describe the restrike trigger is the double-action trigger is creepy and springy it starts off very springy with little bits of creep, and that just kind of continues till the trigger breaks. I don’t think you’ll ever likely be using that portion of the trigger except for maybe in dry fire, but that’s the only way I can describe it.

It is a nice feature for dry fire so you can practice without racking your slide after every pull of the trigger. The feature does make dry fire a lot more efficient and will help you get rid of the bad practice of shooting from the reset. 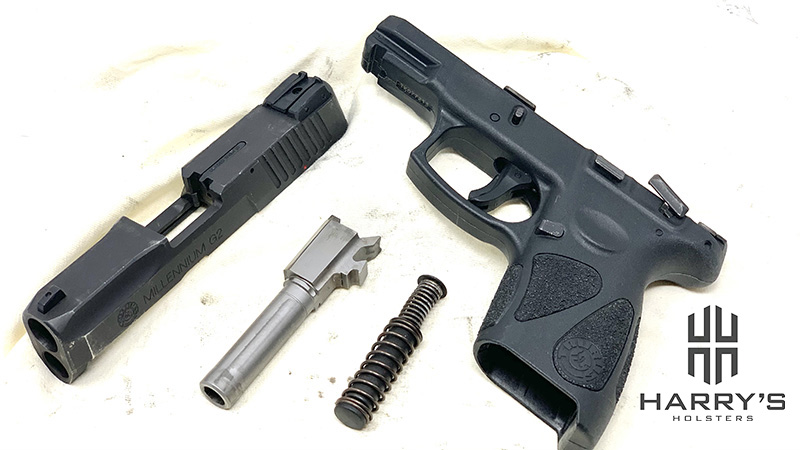 Maintaining the Taurus millennium G2C is really easy. It takes down just like a Glock. It has a trigger at the bottom and you have to take the safety off and decock the striker by pulling the trigger to be able to disassemble the gun. But it comes apart very easily and breaks down just like a Glock from a field strip standpoint.

The gun itself in the rear you likely won’t be taking the trigger and all that apart, but you can easily get in there and spray it out with compressed air and CLP or gun lube to get it cleaned up and re-lubricated. 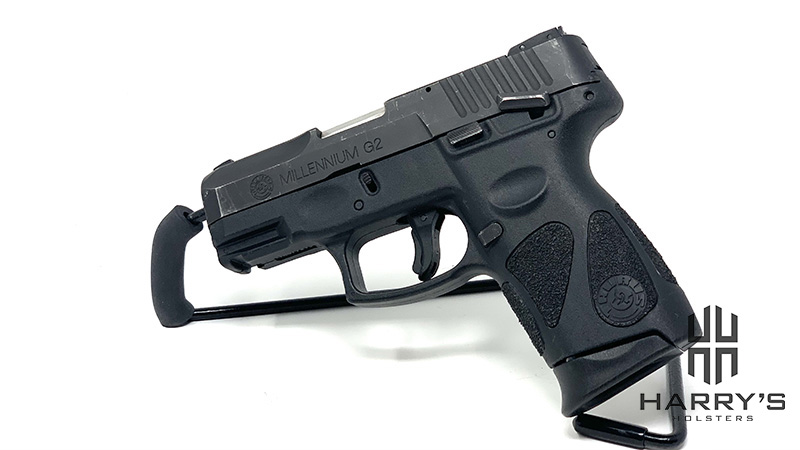 Nobody is ever going to accuse the G2C of being an aesthetically pleasing gun frankly it’s just not that good looking. It’s very utilitarian looking and not in any sort of stylish way. The gun is not downright ugly, but it’s close. It’s kind of like a basic stock pickup truck with no acculture mods.

You know what it looks okay but it just kind of blends in. It doesn’t stand out in any negative or positive way. Your opinion may vary, but I really don’t think this gun is ugly or good looking. And frankly, it’s a gun that I don’t look at for its looks and think anybody would appreciate it for that. It’s a utilitarian tool that will be used as such.

Now if you’re a new shooter this gun is probably going to have more recoil than you would expect from handling it has quite a heavy slide or at least it kind of appears heavy when you’re feeling it and that leads to quite a decent little bit of recoil. The gun tracks okay but is what you can expect from a budget-priced gun.